Update: Our daughter’s dream room with new bedding accented with her favorite color…pink

Recently, we noticed that the windows in the two kids’ bedrooms were leaking.  The rooms were noticeably cooler than other rooms in our home and you could feel drafts coming in. We decided it was time to put in new windows. Of course, in true Becky style, I couldn’t just replace the windows. I decided that if we were going to spend the money to replace the windows that there were a few other things that could make the room work better for us.

Here’s what the room looked like when we moved in the summer of 2012:

The previous owner had two little boys. Their bedroom had been painted red and blue to match their race car beds. The carpet was in poor shape so we tore it out.

If you’ve ever seen the movie Scream, there’s a scene where Neve Campbell’s character was able to keep the bad guy out of her room by opening her closet door and it prevented the door to her room from opening all the way.  We had the same issue in this bedroom. If the bedroom door was closed and then the bi-fold closet door was opened, you couldn’t get into the room because the closet door prevented the bedroom door from opening more than a few inches. All I could think was how dangerous that could be with small children. What if I couldn’t get to them if I needed to? Plus I hated that the bedroom door swung into the middle of the room instead of against the wall.

Thankfully my husband is a good sport and we started renovating the rooms. It was amazing to see the difference with the framing for the new window compared to the old window. We couldn’t wait to see how much natural light would shine in.

We also flipped her closet to the other side of her bedroom and created a walk in closet for her and the twins’ bedroom on the other side of the wall. I was nervous that all of this work wouldn’t be worth it, but it turned out better than I had hoped for!

This is what it looked like with the wall removed between the two rooms and the framing of the new walk in closets in place. I was so worried we wouldn’t have enough closet space but they ended up each being 5.5′ x 5′ walk in closets.

Since it was going to be our daughter’s dream room, we asked her what she wanted in her dream room. Her response was a room that she could enjoy reading, drawing, coloring and playing without her two little brothers bothering her.

Here’s what we came up with:

This was the wall where her closet once was. Now it houses her bed that I made from a $5.99 Goodwill headboard and $18 in lumber. The teal nightstand is an old step stool from a flea market for $10. It’s the perfect place for her to enjoy reading her books.

We were able to find a really cute old school desk for her drawing and coloring for $20 on a Facebook Swap Site. It was in great shape and just needed a good cleaning. The bookcase was $69.00 from Walmart as well as the bins for $6/each. The floating shelf was $24.99 from Menards. The artwork on the shelf was a DIY Project.

I love that she can see her playhouse and sandbox right from her bed!

She loves her new room…and so do we! It’s pretty and functional! 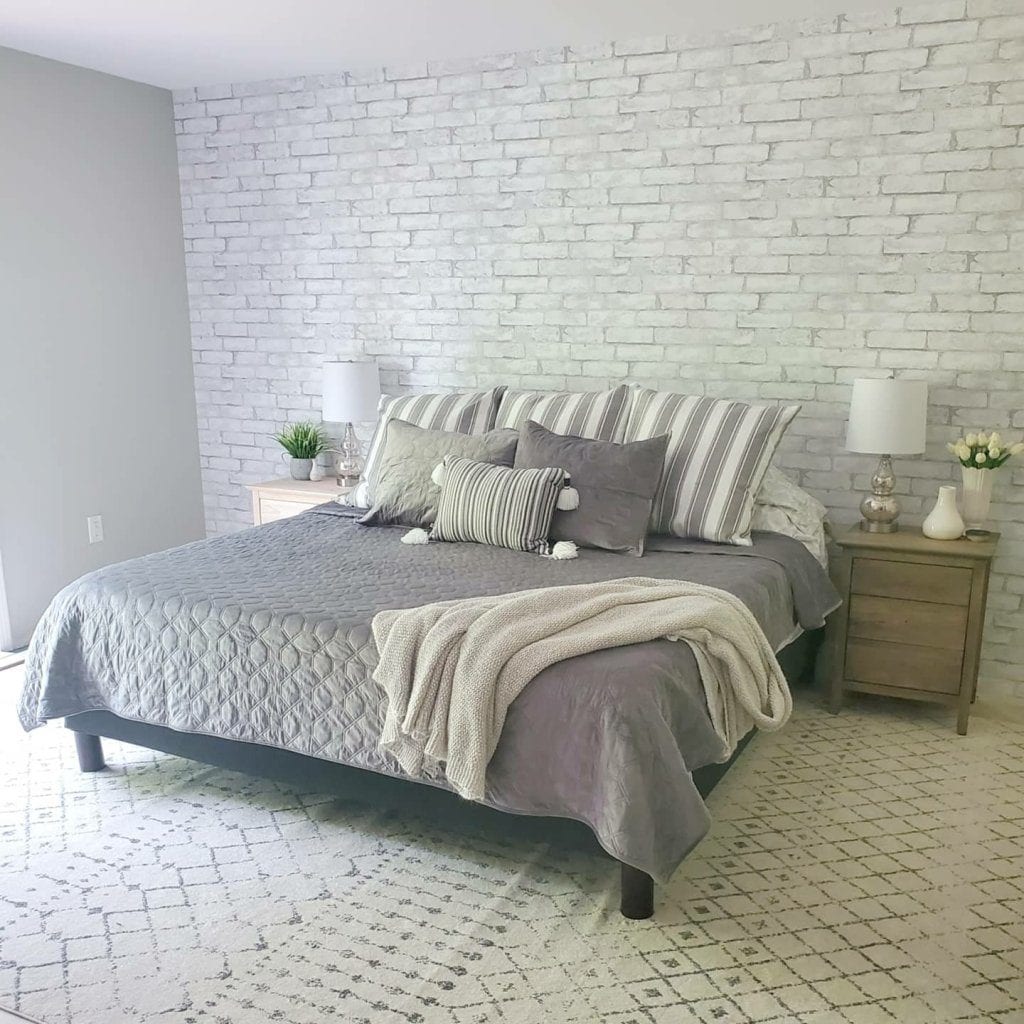 Well, I had high hopes of getting a lot more done on our Master Bedroom for the One Room Challenge, but it just didn’t happen. We did make a little progress and when I look at where we are… Compared to where we started… So far we have: Painted the walls and ceiling Added a wallpaper… 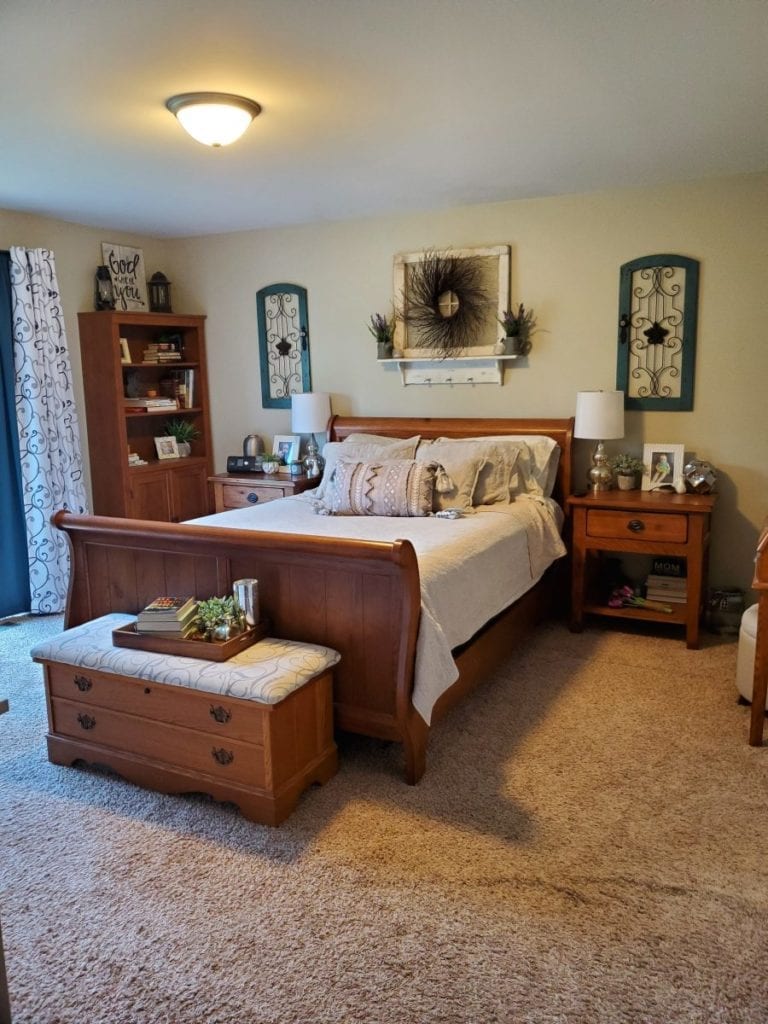 Today is the kickoff to the Spring 2020 One Room Challenge and I am pumped and nervous! If you’re wondering why, it is because I am stepping way out of my comfort zone to be a guest participant. The ORC happens twice a year and is a design challenge with 20 featured designers and multiple… 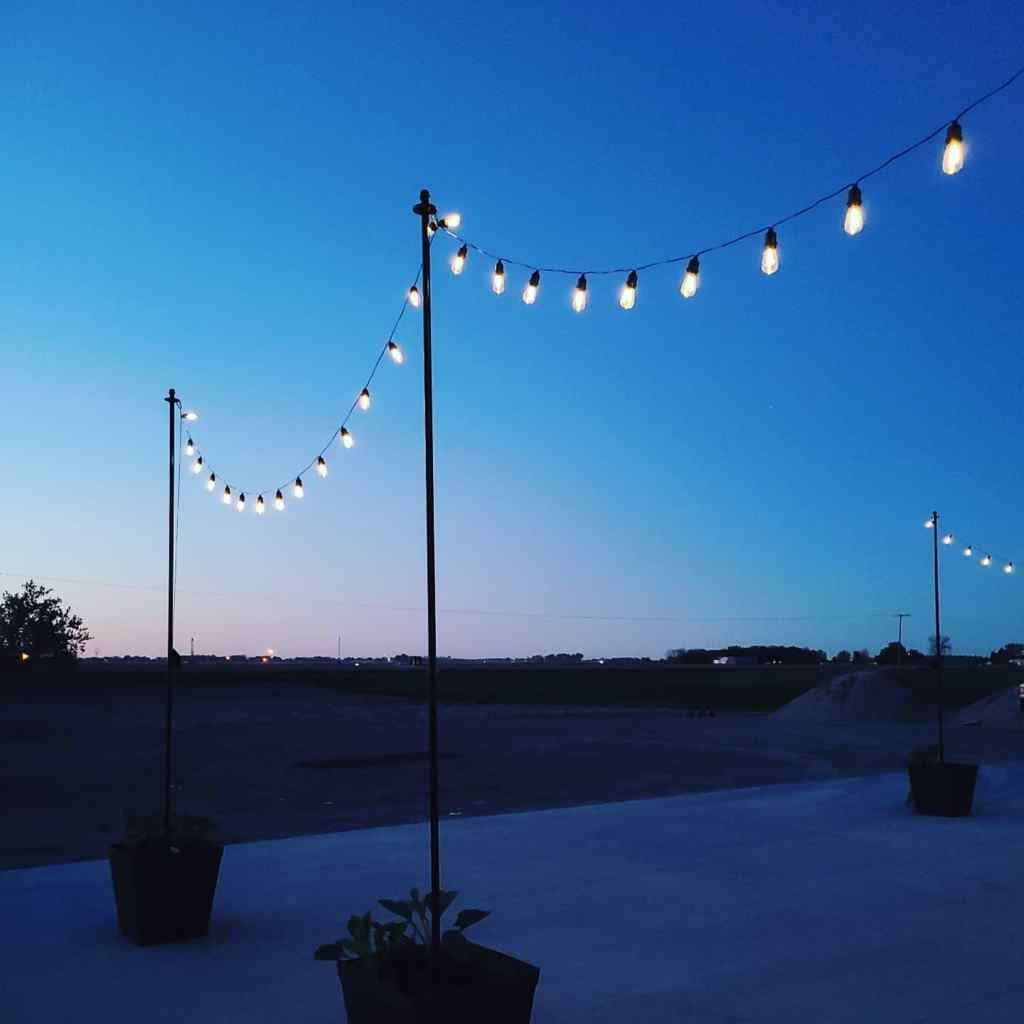 At our last house, we had a great poured patio that needed some lighting. So, I grabbed some 4×4 posts, quikcrete post mix, some cup hooks, string lights and resin planters from the local hardware store. They worked well for years, but over time the posts started to warp and twist. We ended up leaving… 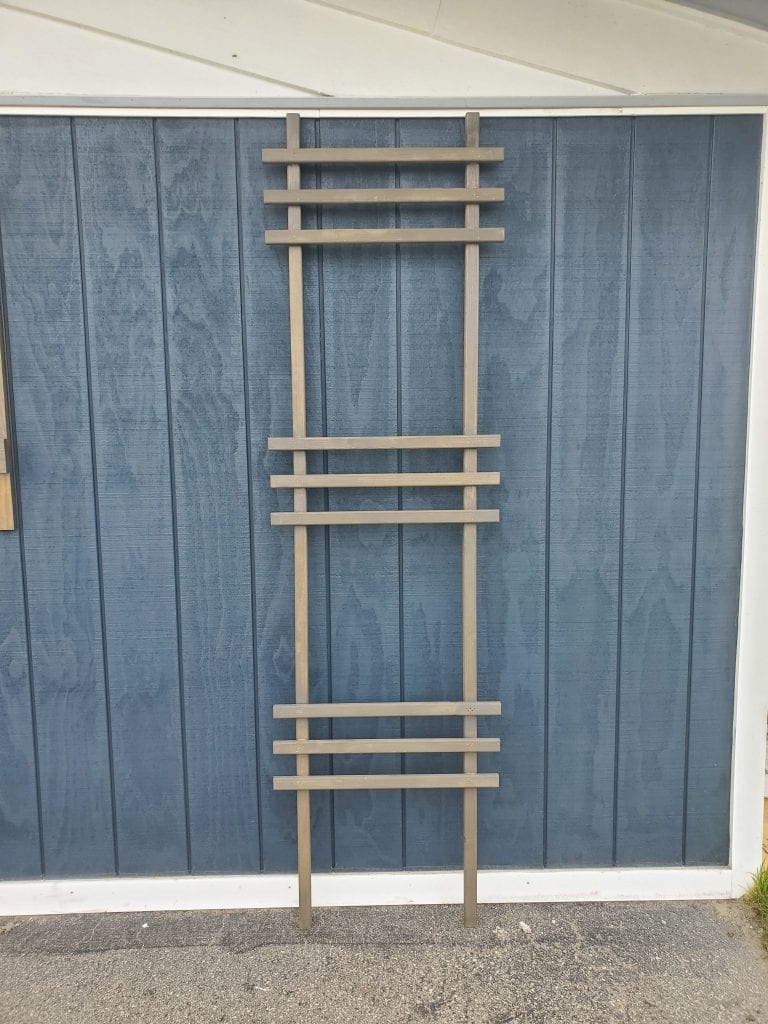 Two years ago, I purchased a building, but I wasn’t in love with the exterior. Not only did it lack curb appeal, it was poorly insulated and the single pane glass windows leaked air and water. We couldn’t center the new windows the way that I would have liked and I was limited on size…

Have you ever looked at the exterior of your home or business and just felt it was missing something? You don’t have a lot of money to spend, but you know you need some curb appeal? This was me last week. Recently, we had installed new windows at our store to help with the efficiency,… 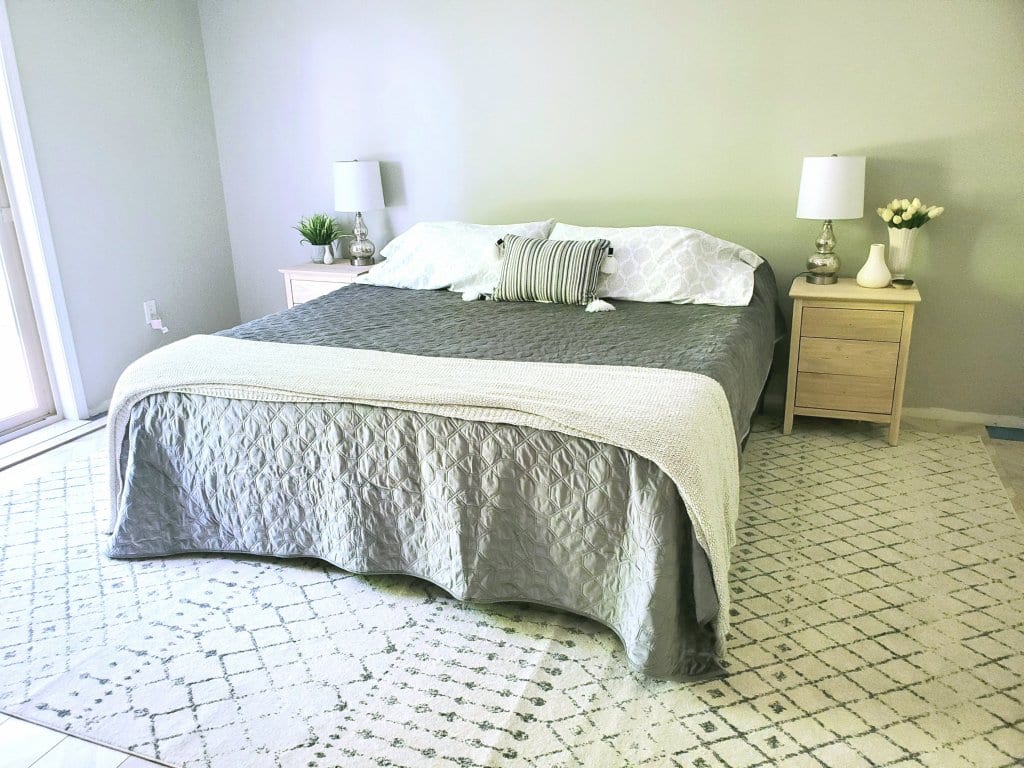 This week my One Room Challenge progress was really slow with Memorial Weekend and spending time with my family. But, we did manage to finish the floor, put in the rug, and assemble our new bed! The Mannington Restoration Collection floor turned out beautifully! It was better than I could have hoped! This upcoming week, I will… 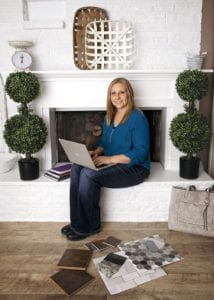 I’m a lover of homes… I see inspiration and potential where others don’t. My designs are based on the philosophy that dream spaces don’t have to have huge price tags. I hope that whether you are looking for inspiration or need help making your house a home, you’ll find what you’re looking for and more here.

If you’re new here, you may be looking for our viral post — “Twin Bedroom Reveal”

Check it out here! 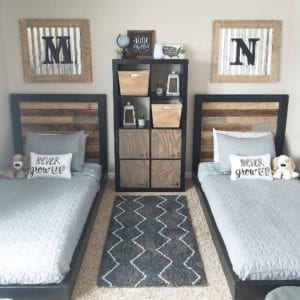